Written by Anna Holliday on October 23, 2019. Posted in Blog 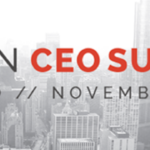 When a new decision maker arrives, when do you move to preempting a review? It can hit like a ton of bricks – the client call where you’re told that a full review has been called for your portion of their business. Even in a project-based world, your goal is to retain all current scope – and increase it. One of the key drivers client-side that influences a significant shift in scope across roster agencies is the arrival of a new senior decision-maker. This creates one of the most feared agency challenges: becoming an “incumbent,” or worse, being removed from the roster.

In this brief video with Mirren’s Brent Hodgins, he addresses the Mirren CEO Summit about the first thing to do when you find yourself in this situation. Miss this critical opportunity and your odds of retaining any of the business drops by the minute.

Learn more about the annual Mirren CEO Summit at https://www.mirrenceosummit.com/

Preempting A Review From Brent Hodgins of Mirren

It’s the moment a new client is announced.

Too many agencies, I remember being guilty of this too, wait too long. So I remember this happening, I think it was actually at TBWA, where client got fired, new client comes in, I think it was on Barnes and Noble. And we thought, “We’ll let him settle in, we’ll give him two or three weeks to settle in. He’s probably pretty busy right now.” So before we sort of even realized it, a month has gone by and we haven’t heard from the client. And we’d also kind of said to ourselves, “I’m sure he’ll call us, we’re the continuity. We can show him what we’ve been up to.”So after a month we start sending the emails, “Hey, I’m sure you’ve been really busy. Just thought we’d check in. We’d love to show you what we’ve been up to and what’s going on with all the marketing and advertising,”

So a couple of days go by, and we’re like, “Did you get the email back? I didn’t get one either.” Start calling, leave a voicemail, “Hey, not sure if my email made it through. Just checking in.” No phone call back. And then all of a sudden, now five, six weeks in, it hits you like a ton of bricks. Oh my God, he doesn’t want to speak to us, like he’s not interested, something is wrong here. You know that sinking feeling sets in pretty quickly.

But the moment a new client is announced is the moment your full on pitch starts. In fact, even wind it back a bit. It’s when that previous client gets fired. Soon as that client, and now even if they’re still in the building, even if their seat is warm, start preparing your pitch.

We see anecdotally, it’s when a new client comes in, it’s typically within 90 days now. There’s a shakeup on the roster, 90 days, that something is going to happen. Forget calling on the new client to update them, it’s such a turnoff. “Hey, we’d love to come in and show you what we’ve been doing. We’ve been working really hard, got some really good stuff. You’re going to love to see what’s going on, then you’ll know what’s going on.” Again, the truth is here, if the past client was fired due to business performance issues, know that by the way, you played a role in that firing because you produced the work in coordination with that individual. So you’ve got to move quickly.