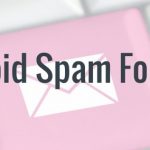 Every agency sends emails in an effort to enhance client acquisition and grow their business. In reality, although the concept of sending emails to attract and retain clients seems promising, it is almost inevitable that your email may end up in the spam folder.

Why is this a growing problem?

Agencies may follow the rules on sending emails, but society has taken marketing efforts to an entirely different level. There are tons of emails sent every day, putting them all into the same category. In addition, ISP providers are continuously finding new ways to keep legitimate emails from reaching their destination because of simple mistakes agencies may make. There are ways to avoid going into the spam folder, but doing the due diligence is key.

To help combat this growing problem, we’ve organized 5 tips to help you avoid the spam folder, and increase overall deliverability:

Knowing what to say and when to say it plays an important role in how the email is viewed once it hits the sender’s box. If there are links in the email, make sure they are from reputable sites. Keep the image-to-text ratio reasonable, and make sure you use a reputable host for any images you may have in the email. Do not use risky words such as free, bonus, buy, purchase, order, prize, or use more than one exclamation point. This will keep the flags down, especially in subject lines.

Spam filters check for the URLs you are linking to so ensuring the domain name has a good reputation is important. Avoid names that have multiple folders and 1-2 characters in their file name. For example, a domain name with www.domain.com/a/everything.html will often be picked up as spam and seen as a negative URL. In addition, keeping the complete URL in the file name, and not shortened links, will improve email delivery.

If you are a legitimate agency, getting certified will help you gain credibility. Also, using platforms like Return Path will guarantee your inbox is known from the major ISPs, which will help you avoid being flagged as spam.

Avoid emails that come from different mailboxes. You want to be consistent to help build the credibility of your agency, and stay recognizable. When customers are familiar with your email addresses, they will take you out of the spam folder and automatically direct you to their inbox.

The best way to see engagement from your email marketing, and not get pinged as spam, is to provide timely and relevant content to the right audience. First thing – make sure you’re messaging is going to the appropriate decision-makers. Successful agencies are now leveraging list building tools to help supplement their organic opt-in list. Purchasing targeted prospect lists through reputable sources (like Winmo) can immediately increase not only traffic to your site, but also disseminate your expertise to a larger group of potential buyers. It also confirms the content you’re creating is being sent to the industries and titles that you’re best fit to win business from.

Not surprising – the next step is create custom content that uniquely speaks to each of these targeted audiences. Do your research to understand the personas of each vertical and then develop compelling content around each of their pain points.

Written by Christian Banach on March 2, 2016. Posted in Blog

The Best Days & Times to Send Sales Emails to Prospects 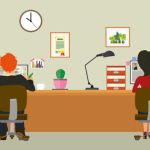 You’ve targeted your ideal prospect and written a personalized and compelling email – but to win new business from senior marketing decision makers you need the prospect to open and reply to your message.

The day and time your email is sent has a major impact on your success. Several studies confirm the best days and times to send emails, but these have primarily focused on B2C emails and have used only open rates to make their recommendations.

This 2014 Yesware study of 500,000 emails, on the other hand, explicitly measures B2B sales emails and bases day and time recommendations on response rates.

Many people believe that Mondays are better days to send sales emails since prospects are back in the office. Fridays are believed to be poor, since many decision makers are thought to be on the golf course or at their beach house.

Yesware’s research says otherwise and found replies to be equal across each weekday. This is great news for sales reps that have been cramming their outreach into four weekdays.

As a consultant and sales director at Catapult New Business, I set up sales cadences with six email touch points. The first four messages and the sixth (and final message) are sent on weekdays.

But, I experiment with the fifth message and send it on a weekend. Absurd? This same Yesware study found that weekend emails are 10% more likely to be opened over weekday emails, likely because 80% fewer marketing emails are sent on weekends.

Best Time of Day to Send a Cold Email

Does time of day matter when sending out cold sales emails? Absolutely. The aforementioned Yesware study found that the best times to send cold emails were:

Reply rates during these times were around 45%.

I have a two-pronged outreach approach that includes both emails and phone calls. Many people wait to check their voicemails until right before heading home from the office. So I send the voicemail follow up email around 8 p.m., giving the prospect more time to check and hear the voice message I left. When it comes to introduction emails, (ones not following up a voicemail) I send in the early morning.

Keep in mind that each situation is different; if you’re not receiving responses from morning and evening emails, try after-lunch and even later evening emails. Because many senior decision makers tend to work very early or very late, it’s not uncommon for them to respond outside of “regular” hours.

Good news: Sending emails at specific times does not mean getting up super early or staying up late. Today’s sales development platforms and tools allow you to schedule your emails in advance.

SalesLoft is an excellent example of a program that gives you the ability to set up a multi-touch sales cadence and schedule your emails to go out at specifically designated times.

The added benefit of using such a platform is that you can send your emails at optimal times based on your prospect’s time zone.

An email campaign, like any other campaign, demands careful measurement of results to determine what’s working and what’s not. When looking at results, however, do so in terms of your reply rate—not the number of people whom simply open your emails.

Unfortunately, open rates can be quite misleading. Your tracking tool might record an open when your prospect hasn’t actually opened the message and vice versa.

As you can see, there’s a lot to keep in mind when it comes to writing a sales email and deciding when to send it for the best chances of receiving a response. But you can increase your chances for success by:

• Experimenting with “off hour” weekday and weekend emails
• Using tools like SalesLoft to set up a sales cadence and schedule your emails; and
• Measuring success by tracking replies – not opens

These three tactics will help determine areas for improvement and change your sales email strategy as needed. After all, no two prospects are going to be exactly the same.

Christian Banach is an advertising agency new business consultant and sales director at Catapult New Business. You can connect with him on LinkedIn and Twitter.