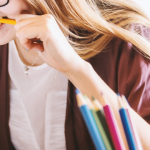 I would love to start off this blog on a positive note, but the fact is every day I speak with agency execs that are struggling to come up with any form of successful outbound prospecting efforts.

Typically, I hear “We tried it, it doesn’t work, so we stopped trying”.  It’s painful to hear their frustration knowing that, most likely, there isn’t just one factor holding back their outbound success, there are a host of issues.

After a decade and a half of outbound prospecting, here’s the most common mix of issues that I’ve seen plaguing agencies today:

1. You’re not doing it enough

One outbound email DOES NOT equate to an outbound campaign.  It was one email, that’s it. When was the last time you replied to the very first inquiry from a possible partner?  Sure, sometimes it happens, but the fact still remains that it typically takes anywhere from 8-11 touch points to take a cold prospect from totally cold to a needs analysis conversation.  If you are going to hit 11 touchpoints, you better have a consistent outreach strategy and understand that some of those emails, voicemails, and social touch points are simply set up pieces for other touch points down the road.

Real life example:  While working for a digital client previously one of our reps had a cadence of 2 emails, 1 call, 1 email, 1 social intro, 1 email, and then 1 call.  Turns out, that 2nd call caught their attention, why?  Because they’ve been buried with a new product launch for 2 months and while they noticed our outreach, they just weren’t in a place to respond.  Because our rep stayed on it with value-driven touch points, the 7th touch and 2nd call were answered, recognized, and lead to a great conversation and six months later a piece of new business. You can’t stop at just one touch point.

Too often when starting with a new client they share with us a spreadsheet of their current targets list.  It’s almost always an excel document and it’s almost always way too short. Like 15 prospects deep with a bunch of info about each one of those prospects, with no real results from them.  The fact is, if you were to build a list based on the factors that make those companies a “Right to Win” target, then you can probably run that list in a platform like Winmo and find hundreds of other prospects just like them. There’s a huge ocean of opportunity out there that even if you stay highly targeted by company type, size, vertical, region, etc, there is most likely more prospects than you think that you can win.  If the average conversion rate of a cold prospect is around 5%, you better have a bigger starting number to go after in order to produce enough meetings that will eventually turn into revenue opportunities.

Real life example:  A regional PR group I recently worked with had decided that Atlanta was the only place that they had a “Right to Win” because prospects would want someone close by.  We began expanding that list beyond the Atlanta area and created a South East regional list that did increase the distance from their prospects, but allowed them to still tell a compelling, identifiable story about their southern roots and how they are best positioned to work with those brands.

3. You’re only talking about yourself

An absolute conversation killer is an ability to ONLY talk about yourself or your agency.  Too often we see copy coming from new business folks that only talk about their agency and the services they provide. News flash – prospects are selfish. They don’t want to hear about your agency, they want to hear about themselves. New business teams need to work to find the types of problems their prospects are running into that they can solve for them and then talk to them about those problems in every email, voicemail, or social post. There’s plenty of time for your prospects to learn about your agency later, for now, let’s get them in the door by shining a mirror on them and their issues.

Real life example: A digital shop in NY I worked with had recently won two awards for a project.  They (rightfully so) were proud of that work and wanted to show it off. They created a cadence of three visual emails that talked about the award they won and then showed different pieces from the work.  What they didn’t do was explain why the work was needed in the first place. If they had shown that the work solved a particular social media issue then it would have been easier for prospects to identify with themselves that they have that same problem, and the campaign would have been much more successful.

4. You’re only using one communication channel:

Email is not a silver bullet.  Cold calling doesn’t work in a vacuum.  And Social Media is not meant to be used all alone. Every prospect you want to work with is constantly living in different social spaces and each one has very different feelings on those different communication platforms.  We, as new biz people, never know exactly which communication channel is going to hit home with any individual prospect so don’t limit your prospect pool and outreach by only using one channel. Sometimes a prospect just needs to see you in multiple places before they respond. Taking a multiple channel approach shows that you’re a real person, and not a bot mindlessly spamming their inbox.

Real life example:  We recently took over the new business for an experiential firm out west that was only promoting themselves through LinkedIn. The problem is that the higher level contacts that they were aiming for just weren’t responding to their promoted ads. We took those posts and began sending direct messages through email, voicemail, and then a physical direct mail piece.  Within two months, we had received three opportunities to pitch with prospects that they had been targeting for years. Different channels breakthrough to different people.

5. You’re missing the right person to run your program:

I’m not saying your new business person is bad at their job (though maybe they are). What am I saying is that if you don’t have someone whose job is exclusively, 100% concentrate on generating new business opportunities, then it’s never going to be a successful effort in the long term.  You may have wins here and there, but in order to create something repeatable and scalable, you have to have focus.  That means the agency Principal can’t be the only person prospecting. It also means you can’t have every Account Manager only giving it 20% of their time.  You need someone who spends every day hunting for opportunities, promoting the brand with vendors, networking with current clients, and touching their outer networks with valuable content.  If you can’t do this with all your focus, then you are always going to find yourself trying to play catch up whenever you have any client turnover.

Real life example: A client of ours in Boston had a New Business Director that also moonlighted as an Account Manager.  This person was outstanding at generating new business when they had the opportunity to speak with prospects, but they spent all of their time between two-time consuming tasks – filling out RFPs or handling client fires. We came on board, put a person in place to spend their full time prospecting for this individual and convinced the agency President to hire another Account Manager to take this person’s work over. We immediately saw an increase in referrals as they were able to concentrate on proactively growing their network, while we proactively prospected new clients. Focus changes everything.

These five problems are painful to hear, I know, but that’s probably because the truth hurts. If any of these issues resonate with you, it’s time to do something different. If you are ready to grow your new business and have more qualified meetings starting this month, give Catapult a call today.